Centre for Excellence in Strategic Engineering

For close to four decades, The Tata Power Company Limited through its Strategic Engineering Division (Tata Power SED) has been a leading private-sector player in the indigenous Design, Development, Production, Integration, Supply and Life-cycle Support of mission critical Defence Systems of Strategic importance. During this period, the Division has partnered the Ministry of Defence (MoD), the Armed Forces, DPSUs and DRDO in the development & supply of state-of-the-art Systems and emerged as a Prime Contractor to MoD for Indigenous Defence Production when it secured Orders for Pinaka Multi Barrel Rocket Launcher, Akash Army Launcher and Integrated EW System for the Indian Army and for the Akash Air Force Launcher, COTS-based Automatic Data Handling System for Air Defence and Modernisation of Airfield Infrastructure (MAFI) for the Indian Air Force.

Tata Power SED has the unique distinction of participating in Defence Programs through a dedicated R&D Centre at Mumbai and a Production facility along with an R&D Facility at Bengaluru. As a leading domestic player in Strategic Engineering, the Division is now globally recognised for harnessing its "Systems and Engineering" capabilities and has been appraised at Maturity Level 5 of CMMI® for Development v1.3.

Success in modern war depends on Integrated operations over distributed geographies using Sensors and Weapons of varying vintage. Tata Power SED's team has the right blend of technological and operational experience in integrating these heterogeneous systems, using both industry standard and system specific interfaces and protocols.

In recognition of its pioneering capabilities in Design, Development, Manufacturing and System Integration, Tata Power SED was nominated by MoD as a Major Work Centre for the Samyukta Electronic Warfare Program under the aegis of DRDO. Tata Power SED has also received several national awards from industry associations such as the Federation of the Indian Chamber of Commerce and Industry (FICCI), the Confederation of Indian Industry (CII) and the Ministry of Science and Technology. 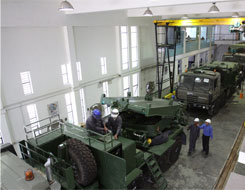 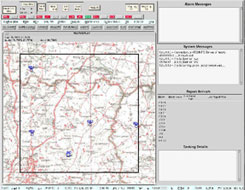 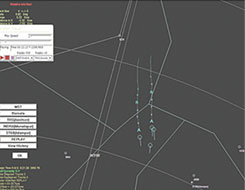 For further details, please visit us at www.TataPowerSED.in