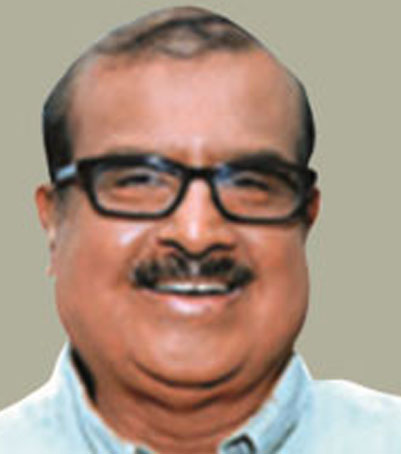 Mr. Kesava Menon Chandrasekhar entered the Indian Administrative Service in 1970. He was ranked third in the list in the batch. Prior to that, he secured B.A. (Honours) in Economics and M.A. in History from St. Stephen's, College, University of Delhi. After entering Government service, he did his M.A. in Management Studies from the University of Leeds in United Kingdom.

He spent the first 25 years of his career in Kerala, holding such positions as Managing Director of the State Civil Supplies Corporation, District Collector, Idukki, Director of Fisheries, Principal Secretary (Industries) and Principal Secretary (Finance). During this period, he was also Chairman of the Spices Board under the Ministry of Commerce, Government of India.

In 1996, he left Kerala on Central Government deputation. During his 15 years tenure with the Government of India, from 1996 to 2011, he was Joint Secretary in the key Trade Policy Division of the Ministry of Commerce, Deputy Chief of Mission in the Embassy of India, Brussels and the Ambassador and Permanent Representative of India in the World Trade Organization in Geneva. He rose to the position of Union Cabinet Secretary. As Cabinet Secretary, he was Head of all the Civil Services in India and reported directly to the Prime Minister. He retained that position for four years. He retired from Government service in 2011 at the age of 63, having served Government for 41 years.

Post Retirement, he was, for 5 years, Vice-Chairman, Kerala State Planning Board with rank of Cabinet Minister of the State.

Mr. Chandrasekhar has considerable management experience having been associated as Chairman, Managing Director or member of the Board of Directors of more than 40 companies in the public, joint and private sector. He has written several articles and presented papers. He has also been consultant to the Commonwealth Secretariat and to the UN Food and Agriculture Organization.