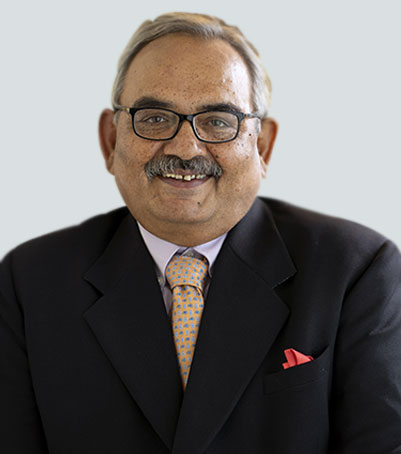 Mr. Rajiv Mehrishi is a retired Indian Administrative Service (IAS) officer of the 1978 batch belonging to the Rajasthan cadre and has wide experience of over 42 years.

He has served in various key posts in both Union and Rajasthan Government. During his stint as Joint Secretary, Department of Company Affairs, he was involved in the enactment of the Competition Act, and re-writing the Companies Act, 1956 which gave him an insight into the functioning of companies and company law. He also re-wrote the transport taxation laws and the rules for the Narcotics and Psychotropic Substances Act, 1984, which became a template for all other states in the country. He was pivotally involved in the important reforms of setting up the Monetary Policy Committee (MPC), and enactment of the Indian Bankruptcy Code (IBC) and the Competition Act.

During his tenure as the Principal Secretary-Finance, and the Chief Secretary in Rajasthan, he gathered good understanding about functioning of the State Government, Centre-State relations and of fiscal federalism, which was accentuated by his experience as the Union Finance Secretary. As Principal Secretary-Finance in Rajasthan, he played a central role in conceptualising and introducing the biometric and bank-linked "Bhamashah" card, even before the Aadhaar card scheme was announced by the Government of India in 2009.

Thereafter, he held the position of Union Home Secretary in the Central Government. Later, as the 13th Comptroller and Auditor General of India (C&AG), he had the experience of auditing various transactions of both State and Central Government across all Departments and Ministries. In 2022, he was awarded the Padma Bhushan.