Our International Presence in Energy sector

Tata Power is looking to aggressively expand its global
operations and has already made its foray into some key
developing segments and markets.

Here is a glimpse of its international portfolio:

Tata Power has 30% stake in Indonesia's leading coal company - PT Kaltim Prima Coal (KPC) and has entered into an off take agreement with KPC.

Tata Power has a JV with the Royal Government of Bhutan under which it has implemented 126 MW Dagachhu Hydro Project with Druk Green Power Company. The project was commissioned in by 2014.

Tata Power, through its subsidiary Tata Power International Pte Ltd, has signed an agreement with Clean Energy Invest AS (Clean Energy) and IFC InfraVentures (IFC) for developing hydro projects in Georgia for sale of power primarily to Turkey. The hydro projects will be of an aggregate capacity of 400 MW and would be developed in three phases.In June 2013, the Company acquired 40% shares in Adjaristsqali Netherlands BV, which is implementing hydro projects in Georgia through its 100% subsidiary, Adjaristsqali Georgia LLC.

The company has synchronised of 186 MW Shuakhevi Hydro Project in Georgia. The Company also completed feasibility study of 115 MW Koromkheti project, other development activities are in progress for the project including discussions on tariff with Government of Georgia.

The Company has commissioned two units of 60 MW each of its 120 MW Itezhi Tezhi hydro Power Project in Zambia, in which Tata Power has a 50 percent stake. The synchronisation of both the units was completed in January, 2016. It is currently owned by Tata Power and ZESCO, a Zambian power utility, on a 50:50 basis on a 25 year BOOT (Build-Own-Operate-Transfer) concession term. 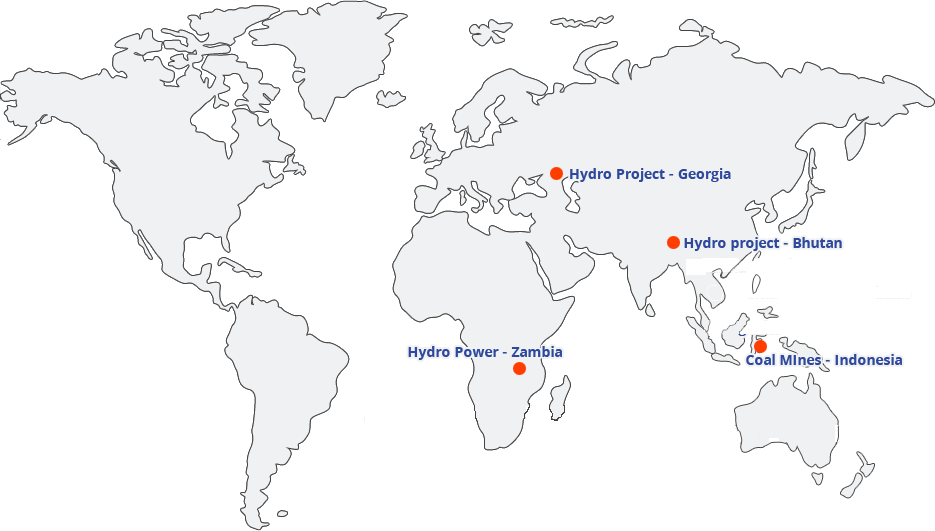