Mr. K P Salunke and Mr. Bhavik Sureja from Dharavi receiving station found a Black Kite
near meter testing lab. The bird was not able to fly and hence was in danger of crow attack.
They took the bird to the bird hospital for further treatment.

Birds of prey help to balance the size of these populations. Scientists monitor raptor populations carefully.
An increase in the number of raptors within an ecosystem is an indicator that a species population is too high. 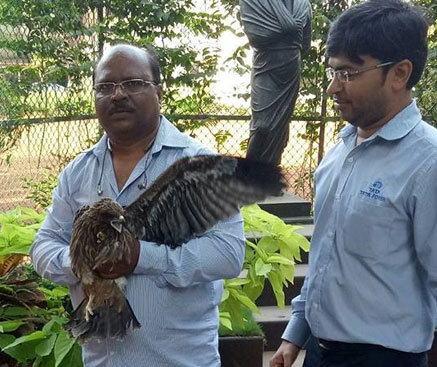