Mahseer Matters - A Mission to Save the Freshwater Tiger

The Mahseer is a freshwater fish and a type of carp that was once available in great numbers in the Himalayan Rivers and other rivers that originate from the Sahyadri Mountains. The hardy Mahseers inhabit both rivers and lakes, ascending rapid streams with rocky bottoms for more food and oxygen and for breeding. It is one of the 20 mega fishes of the world and can grow to about nine feet and weigh up to 35-40 kgs. The Mahseer is commercially an important game fish, as well as highly valued food fish.

There are several different species of Mahseer:

The Mahseer provides unparalleled recreation to anglers who regard it as a 'tiger of the waters.' This is because their great fighting capabilities make it the world's hardest fish to trap. Anglers travel to rivers in Uttarakhand and Himachal Pradesh regularly, capture it for sport and release it after weighing it.

In commercial fisheries the Mahseer occupies an important position for its good quality. For the fishermen the Mahseer is of considerable importance because of its large size. As a food fish, it is prized and fetches the highest market price in the northn and northeast of India.

Currently the Mahseer is fighting for its survival due to a variety of reasons. The numbers of the Mahseer have declined by more than 50% in the recent years and the figure is expected to go up to 80% in the next couple of years. Poaching and unmonitored angling, polluted and toxic waters, and river construction projects are contributing to the slow extinction of the Mahseer. The International Union for the Conservation of Nature (IUCN) has five species of Mahseer in its endangered list.

The major factors for the depletion of Mahseer stocks are:

Project 'Act for Mahseer' -The Tata group takes the initiative

Act for Mahseer us a sustainable programme focused on the conservation of the Mahseer. For almost 6 decades, Tata Power has been committed to the ecological development and preservation of natural resources in the Western Ghats. In line with its core pillars of sustainability 'Care for the Environment' and 'Care for the Community', Tata Power has pledged its commitment to conserving the Mahseer.

The programme will involve the participation of Tata Power employees and customers, and the public at large, to encourage responsible action with respect to these endangered species and to work for its conservation. The Company appeals to all to help in this effort by actively participating in the 'Act for Mahseer' Campaign, by pledging on Conserving the Mahseer 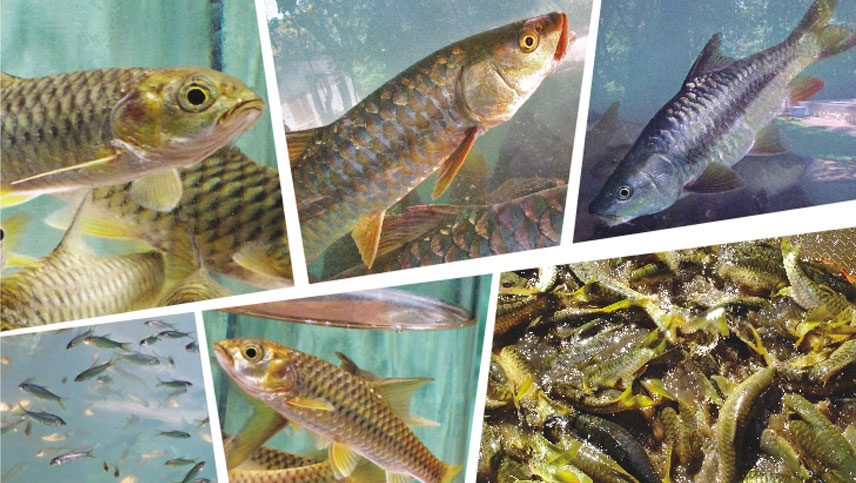 The Mahseer breeding programme has entered its 42nd year and is the most successful Mahseer breeding facility in India. Tata Power has developed methods of breeding of all the valid endangered species of Mahseer by stripping and artificial fertilization. A state-of-art hatchery for Mahseer has been developed at Walwan, Lonavla which has a capacity to hatch over 5 lakhs eggs at a time and has been successfully producing over 3.6 lakhs semi-fingerlings annually. In the last 40 years, over 13 million fertilized eggs have been obtained and over seven million fingerlings of Mahseer have been produced for stocking the water bodies all over India and internationally. However the fishery has two conditions before the hatchlings are transported to various rivers.

i. The hatchlings should be native to that region.
ii. There has to be a proper programme to induct the Mahseer into the wild.
This is essential to give the hatchling a chance to survive, as it has only a 30% survival rate in the wild.

The Company has also carried out cage culture and ranching programmes successfully and demonstrated the use of such research programmes for replication all over the country. Around 300 Fishery Scientists have also been trained to date to continue conservation efforts.

Why the Mahseer's survival matters

The survival of the magnificent Mahseer, one of the 20 mega fishes of the world is important, for the preservation of our eco-system. The health of this fish is linked to the health of India's big rivers, including the Ganges. With the 'Save Ganga Movement' picking up over the last couple of years, one expects that the Mahseer will be able to reap the benefits of this high profile programme. Clean rivers will definitely help the 'Act for Mahseer' initiative, as polluted and toxic waters are one of the main reasons for the depletion of its numbers.

Tata Power has taken up the conservancy programme of the Mahseer in right earnest. Efforts are being made to convince the local people that they will lose out on a lucrative tourism market if the programme does not succeed. There is an endeavour to sensitise and encourage the people to 'Act for Mahseer' and work towards a common goal of ensuring the survival of the Mahseer. The Mahseer is known to be tough and has always shown an inclination to travel upstream in fast flowing waters and against the tide, ironically it is also fighting an uphill battle against extinction.