The Mahseer are a group of species of freshwater fish most of which face the threat of extinction in the wild. They are important cultural and biological icons of the rivers of India linking livelihoods and biodiversity conservation to each other. For over five decades Tata Power has strived to conserve these legendary fish. Our program operates on three thematic areas -

Tor is a Golden Mahseer who hatched and grew up in the Tata Power hatchery at Walwhan, Lonavala. He is a smart, witty little chap, who spends his time travelling and loves making friends. He is one of the few among his friends and family who survived the wild. This series captures his journey in the wild, as he meets new people, animals and fishes on the way. 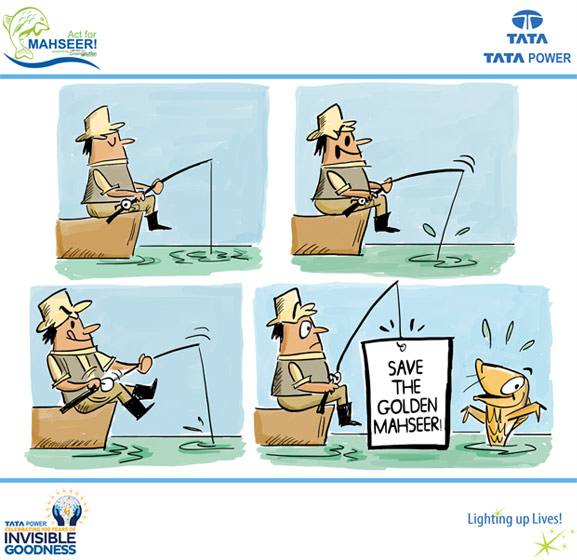 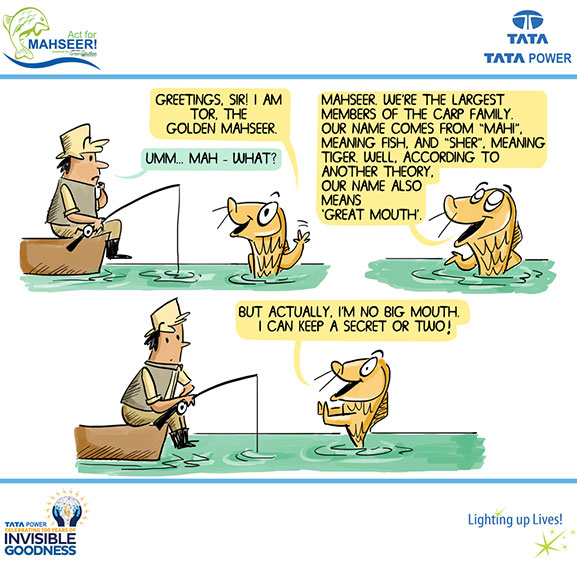 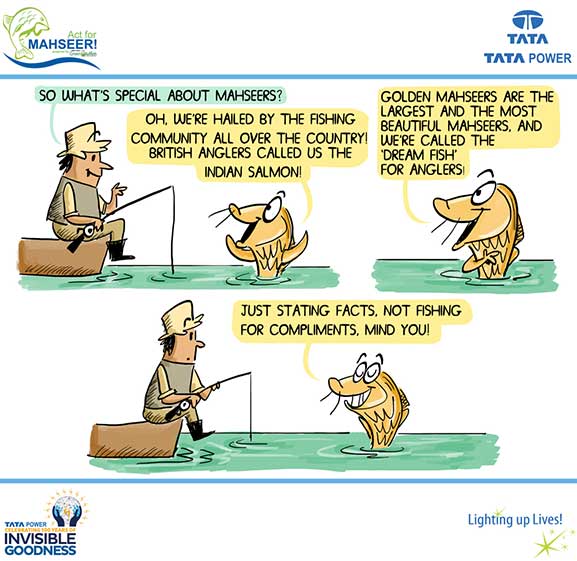 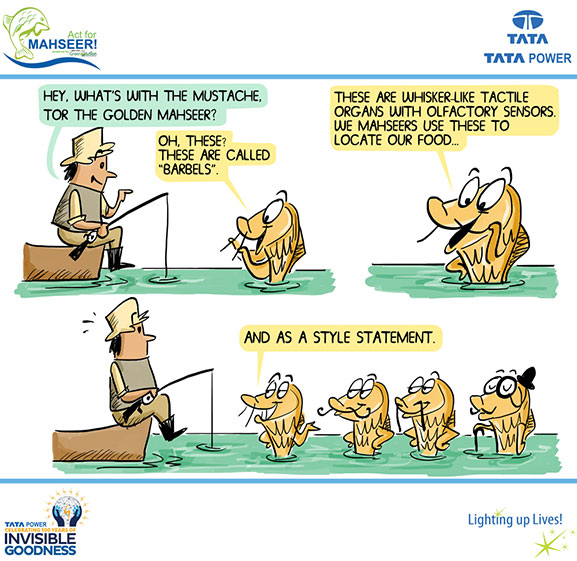 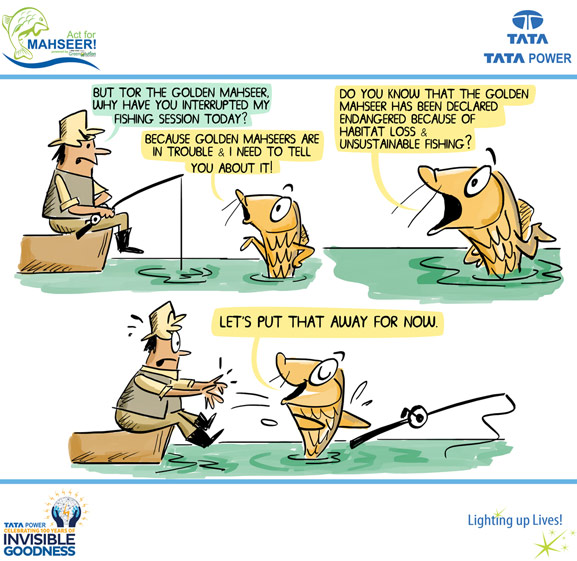 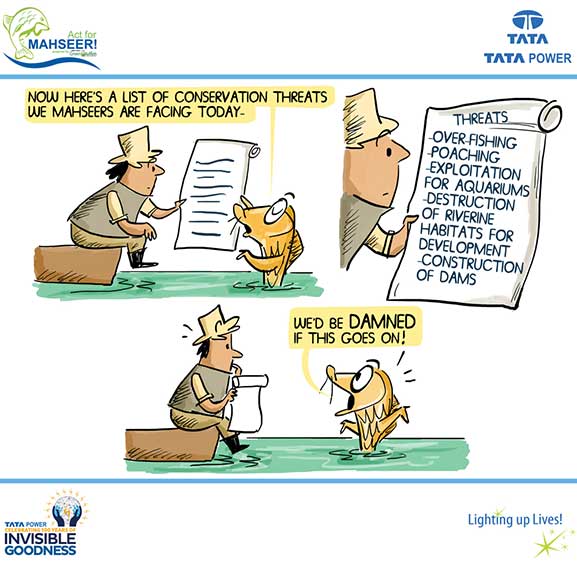 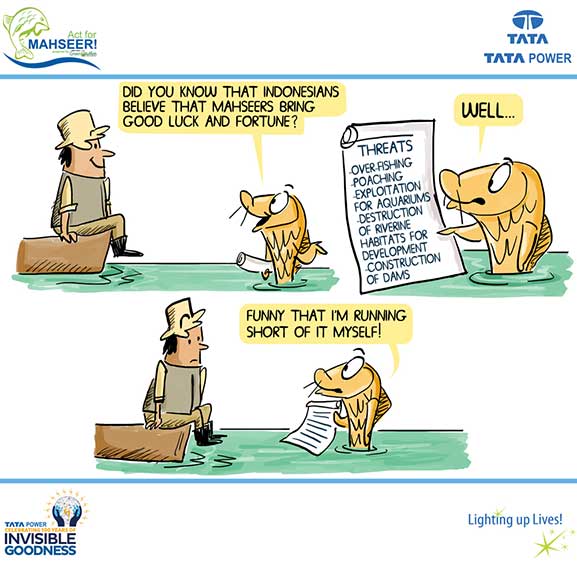 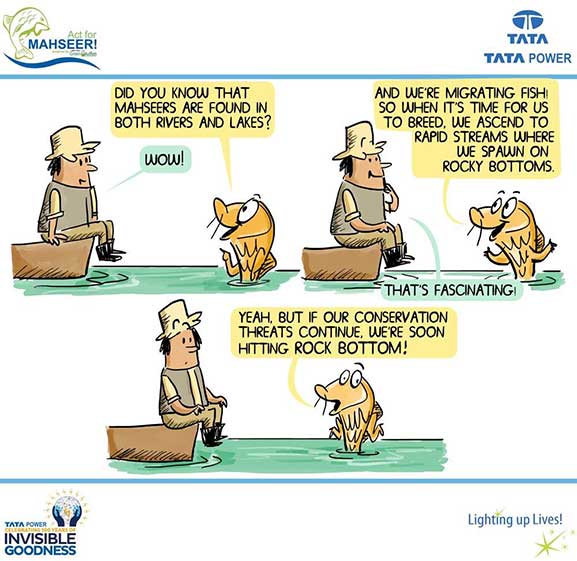 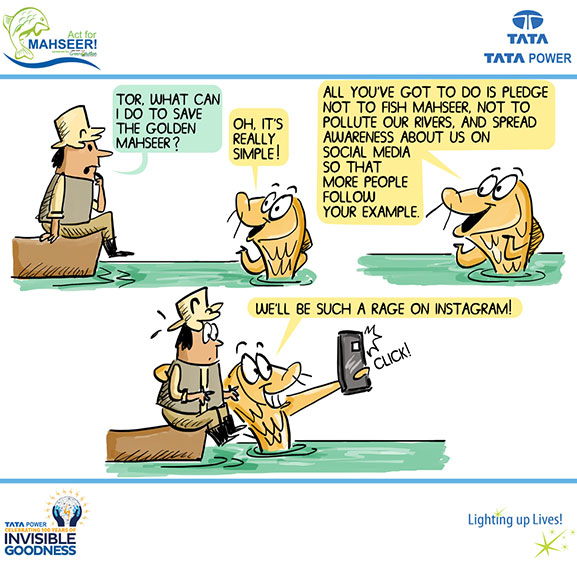 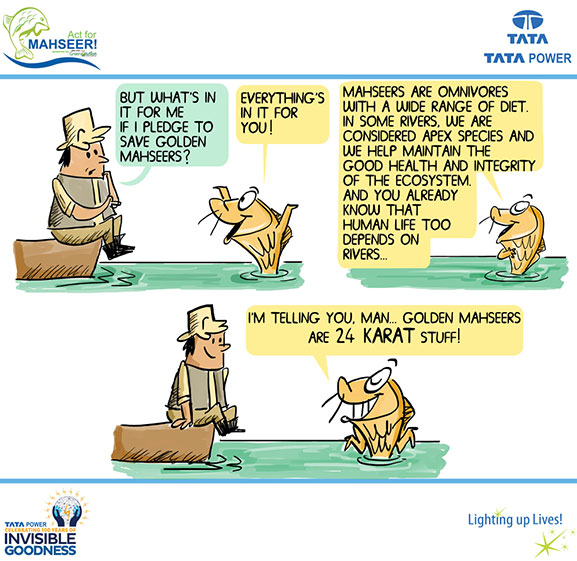 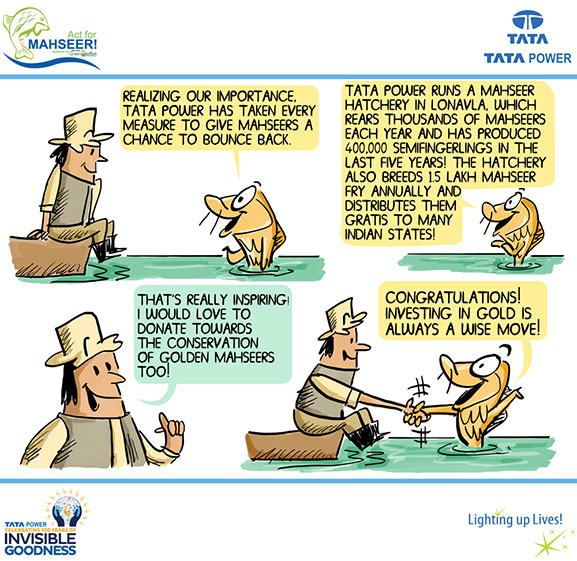